Could Eat That Frog Help You Get More Done? 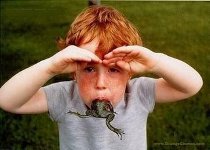 This is Week 14 of a Year of Living Productively

This week I tested whether Eat That Frog by Brian Tracy could improve my productivity. I determined the most impactful task I could complete and did that first and continued to identify and “eat” the next biggest frogs throughout the day.

How Eat That Frog Saved My Sanity This Week

How Eat That Frog Made Me Crazy This Week

Did Eat That Frog Help Me Get More Done?

Without question. More importantly though, I got more of the right things done. There is something about identifying tasks that will have the most impact that works for me. Throughout the week, variables like money, commitments to other people, and size of the project contributed to a to-do being identified as a frog. I found it much easier to leave the frivolous items until the end of the list, eliminate them, or do them on breaks than I have with any other approach.

I would like to continue working in this way because it’s so powerful.

I do the most important work early in the day — exercise, writing, devotions, chores, and teaching. After that, it becomes more of a challenge. But Skedpal helps me with Eat That Frog by choosing the frog for me. Usually I eat what Skedpal tells me to eat. 🙂

The Productivity Approach I’ll Be Using for Week 15 This week I’ll be taking a vacation.

The concept. Research shows that vacations really do increase your productivity. We tend to come back from time off more refreshed and ready to work. I almost always return excited about a new goal or project.

But the benefits of vacation aren’t limited to the work you do AFTER. Getting ready for vacation can also jump-start your productivity. You race to finish projects before you leave and avoid distractions to your goal of getting on your way.

The great thing is you don’t have to be going on an out-of-town trip to experience the benefits. You can work toward getting work done early so you can take time off, enjoy a special event, or have some relaxation time at home. For example, you can plan a weekend vacation at home where you have to do nothing but relax and enjoy. To do that, you’ll have to get all housework and other work done during the week and avoid everything that distracts you.

If you’d like to join me this week, here’s what you do. Read this article about vacation-inspired productivity and plan a real or imagined vacation. Work hard so you can play hard! I’m going to give you two weeks to do it with my report appearing week after next.

Click here to see if taking a vacation helped my productivity.

If you’ve tried Eat That Frog to increase your productivity, please vote in the poll below.